The rules of placement and how to break them
GARDENS ARE MARVELOUS places for expanding our powers of seeing. Trust your eye. This does not mean that you should disregard every scrap of conventional wisdom. The trouble is that a lot of good advice ends up in rigid columns thou shalt and thou shalt not because it’s simpler that way. It’s too complicated to add all the modifiers nevertheless in certain situations…, remember, however, that in some cases…,and so on. The basic border commandment relating to height is a perfect example of oversimplification. It’s the one that says tallest at the back, shortest at the front (and guess where plants of middle height go). Slavish adherence to that maxim would result in an arrangement like a school photo tall children standing at the back, middle row sitting on benches, front row cross-legged on the ground, the group usually flanked by two teachers, one at each end of the back row (for discipline or symmetry, one wonders). 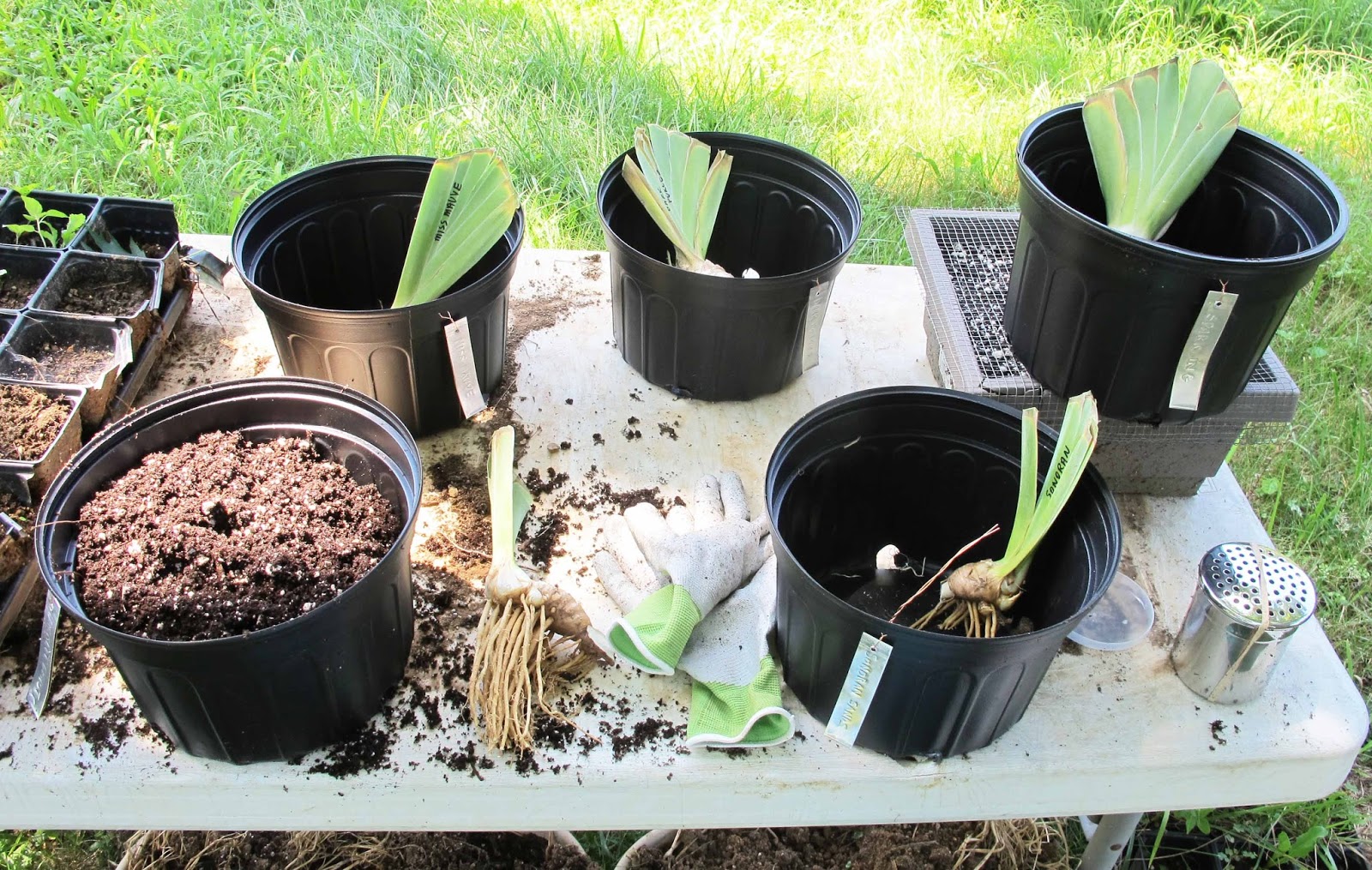 That is a photo; this is a garden. The photo is looked at from one angle, head on; every child must be visible (or some parents would want their money back), but we’re thinking here of a garden and of people moving about in it. The special pleasure of a border is that as you walk along the path beside it, you see a changing picture with every step.

You don’t want to be conscious of how garden plants are arranged; all you want is the impression of a community of flowers, beautifully and naturally grouped. Of course, you’re going to be guided to some extent by relative height; you wouldn’t plant a solid clump of three-foot phlox in front of a delicate columbine only 14 inches high. But there’s a lot more to placing a plant than knowing how tall it is.

First, you need to consider what a plant’s height consists of. Compare, for example, two late-summer beauties, both of which could legitimately be listed in a catalog as tall, 5 feet. Boltonia asteroids ‘Snowbank’ (hardy to USDA Zone 3) is a dense five-foot mass of foliage and flowers; the five-foot daylily Hemerocallis altissimo (Zone 5) has a basal fountain of leaves no more than two feet high; it is only the flowers on their long wiry stems that get up to five feet. Consideration of height alone would suggest the same place in the border for these two, but if you visualize them you will see that their form is every bit as important as their actual height in deciding where to place them.

Now think of some tall plants with delicate flowers and picture them not to the rear of the bed but right at the front. I like to use Russian sage (Perovskia atrip Lic folia; Zone 5) in this way, also some of the tallest coralbells (Heuchera sanguinea; Zone 3) because both have air movement in the slightest breeze and have flowers and stems insubstantial enough to reveal other plants behind them. These delicate plants can do a lot for such sturdy but prosaic mid border occupants as perennial cornflower, sweet William, and Canterbury bells, which gain a little poetry when glimpsed through the veils.

And what about the short plants, so often automatically placed at the front of the border Is height–or lack of it–the sole criterion Again, I think the form is just as important. As I write, I’m visualizing a part of the front of my border that I find especially pleasing. There are little mounds of thrift (Armeria maritima; Zone 3) and small cushions of Artemisia Schmid Tiana ‘Silver Mound’ (Zone 4) softening a front edge that would otherwise be uncompromisingly straight.

Plants that, though short, do not have this rounded, plump shape are not nearly as attractive in this position. There is a dwarf balloon flower, Platycodon Grandifloras ‘Apoyama’, a mere nine inches tall, whose height certainly qualifies it for the front, and a dwarf phlox, ‘Pinafore Pink’, that’s even shorter, yet their form is wrong. Each of these plants carries its flowers on what looks like a bunch of stiff, erect stems, and neither does what I want for that front edge. But a much bigger plant Nepeta ‘Six Hills Giant’ (Zone 3) does. I have this big catmint, which is 30 inches or taller, planted in an awkward place in the border where there is a 90-degree corner. There it billows out and effectively conceals the sharp angle. The eye notes, and the mind receives with pleasure, the small surprise occasioned by the change in height.

Form and its function

Every so often I grow something I can’t resist, even though I know it’s risky because of my garden’s location, at the extreme limit of the plant’s hardiness. Gaura Lindh eimeria (Zone 6) and Salvia azurea subs. pitcher (Zones 4-5) are two such plants. They come through the winter most years, but mine certainly isn’t as handsome as the ones I’ve seen growing in Zone 6 and higher. In addition, and perhaps for the same reason, neither has particularly attractive foliage, but I grow both because I’ve found a perfect role for them.

Tucked in among stronger, bolder plants, their flowers seem to come from nowhere. The stems are long wands that wave over the tops of other plants, their small blossoms looking more like tiny moths or butterflies than flowers. I plant them so that the salvia’s rich blue flowers hover over silvery pink Japanese anemones to make a charming color combination. The pink-and-white gaura blossoms fluttering over the solid, bronze-red flower heads of the big stonecrop, Sedum ‘Autumn Joy’ (Zone 4), offer not only pleasing color but the interesting play between the delicate and the sturdy flower forms. I get the same pleasure when I see single baby’s breath frothing around a strong double orange daylily. 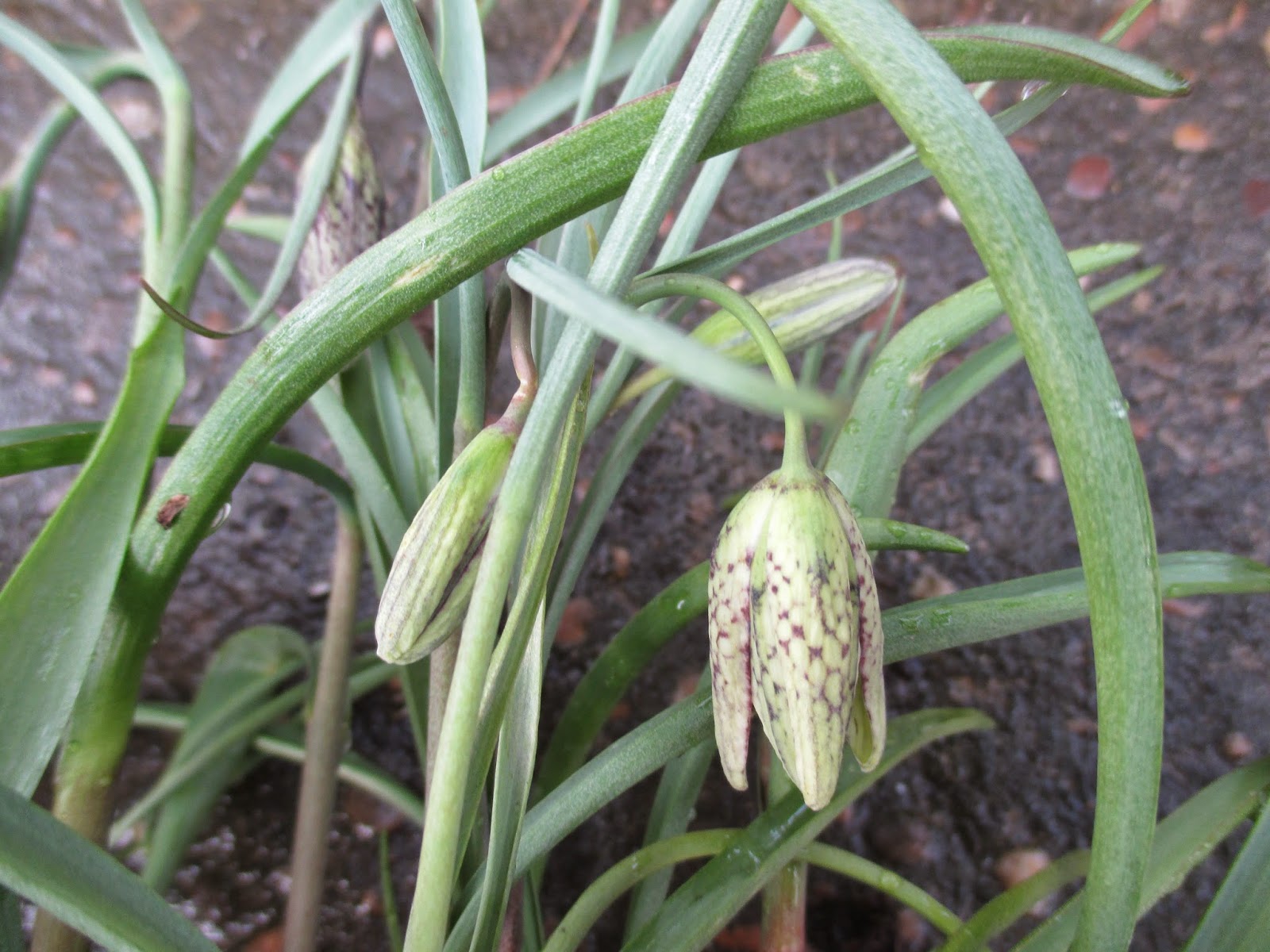 Reaction to the interplay between delicate and strong elements in the border is one illustration of how much more than the eye is involved when we look at plants in a garden. Take, for instance, the distinct responses we have to different textures. We respond to prickly, angular plants such as sea holly in quite a different way than we do to a soft and feathery plant like ‘Silver Mound’ artemisia. Without bending down to touch, we know what each would feel like.

To illustrate how I feel about the relative importance of form and color, visualize a bed of flowers in perfect color harmony, ranging perhaps from a palest pink to a deep violet, and planted exclusively with tall border phlox. They will all be of the same shape, with heavy trusses of flowers held at approximately the same height. The flowers and their colors are very beautiful but, to my mind, the picture is a little boring. Color has been taken care of, from neglected.

Now substitute for some of the phlox a few plants with flowers inspires. These could be Kansas gayfeather (Liatris pycnostachya; Zone 3), say, or the tallest astilbe (A. taqueria ‘Superba’; Zone 4)–in the same color harmony but now with contrast in form. The border comes alive and piques your interest.

Take another example, this one a border later on in the season. Here there is a mix of traditional seasonal colors, from cream and palest yellow through gold to a rich bronze. Picture this planted with varieties of coreopsis, black-eyed Susans, marigolds, and chrysanthemums. All are similar; they are bushlike in form and have daisy-type flowers. How much more interesting it would be to vary this, to have for example, a late snakeroot (Cimicifuga simplex ‘White Pearl’; Zone 3) holding its white spires erect behind the compact, mounded black-eyed Susan (Rudbeckia fulgide ‘Goldsturm’; Zone 3), and Canadian burnet (Sanguisorba Canadensis; Zone 3) rising behind the cushions of chrysanthemums.

I find almost any combination of spires and mounds irresistible. But these are far from being the only shapes to play against one another. Think of them as spires, torches, spikes, and wands; mounds and cushions; climbers and weavers; clouds and veils; mats and carpets; canopies and umbrellas. All this, in plants that range from the diminutive Johnny-jump-ups to the giant nine-foot angelica.

Granted, much of this is subliminal in effect, but it contributes to the total pleasurable experience. Our senses are able to take in so much more than we have words for, and every walk through the garden offers them a gift.

And so we have come, at last, to what inspired you to make a garden in the first place–the flowers. Say what you will about all the other elements, flowers mean color. Even though plants are in leaf for a long season and in flower for only a small part of it, those flowers are the exquisite decorations of the border. After the carefully considered language used to evaluate plant form and leaf texture, sobriety flows out the window when we come to these miracles. Plants with flowers like trumpets and bells, like goblets, pincushions, shells, and stars; flowers clustered into globes, candelabra, tassels, pagodas. And their colors!

When I stand before the border with one of these miracles in my hand, color, form, texture are all in my mind. And then I know where I shall put it. How very unscientific, you say, suppose I do that and it’s wrong–then what But you won’t get it wrong. You’re not in a world of right and wrong; you’re in your garden and all you’re looking for is your own ideal.